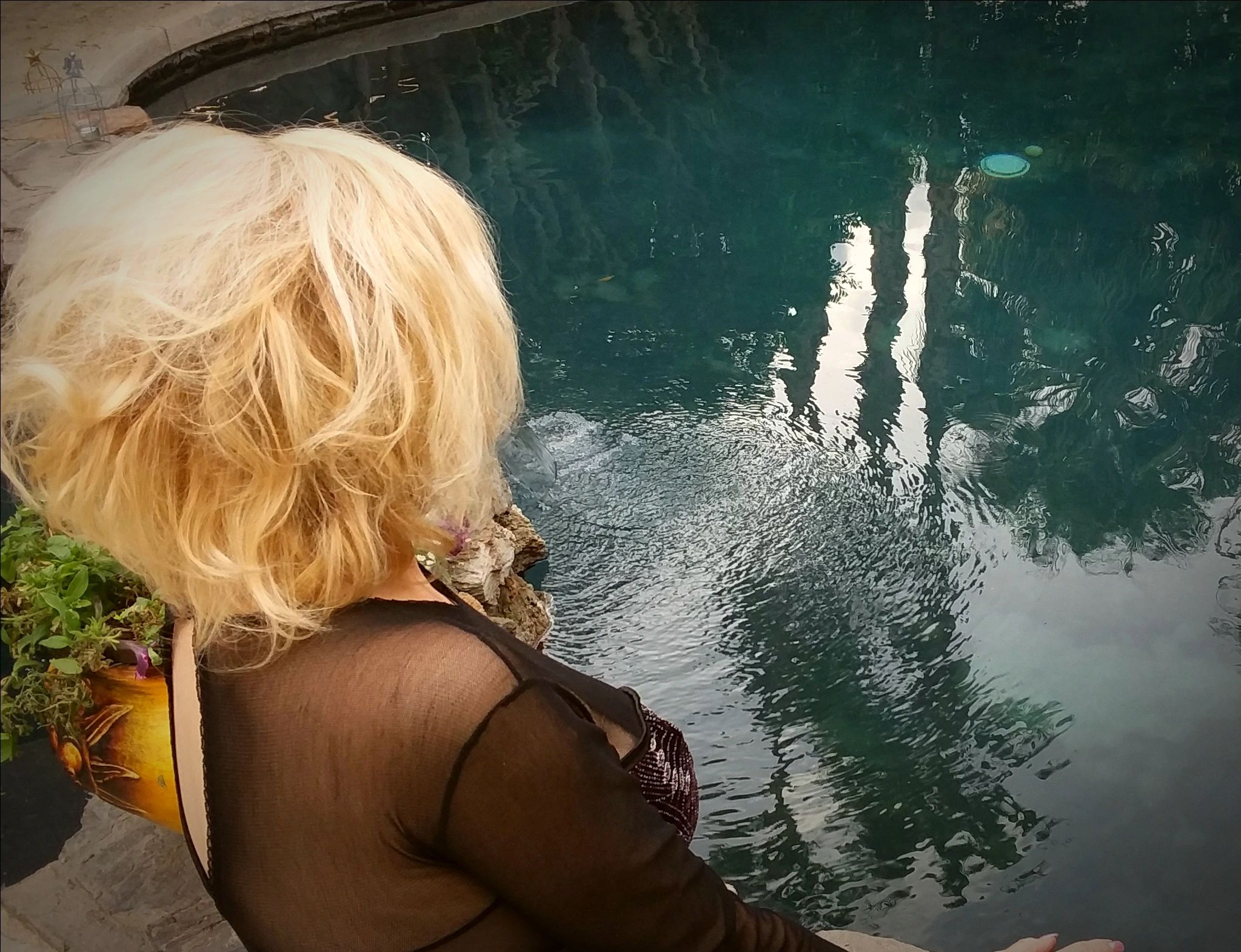 There's much to see here. So, take your time, look around, and learn all there is to know about Bonnie G Productions. I hope you will enjoy my site and take a moment to drop me a line.

Bonnie Gilgallon has established a solid reputation as a broadcast journalist and stage performer since arriving in the Coachella Valley from Washington, D.C. 20 years ago.

Also a jazz/pop vocalist, Bonnie appears at local venues like Melvyn’s, Back Street Bistro, A.J.’s on the Green, the Indian Wells Resort Hotel, Chef George, Palm Desert Country Club and 360 North. Her first jazz/pop CD “If I Love Again,” was released in 2018.

Bonnie writes theatre reviews for the Coachella Valley Independent newspaper, and was honored with a star on the Palm Springs Walk of Stars in May 2017

Bonnie made her acting debut at age 7, & has been delighting audiences ever since. Favorite roles include Miss Mona in "Best Little Whorehouse in Texas,"  Hattie in "Laundry & Bourbon," & Izzy in "Like Mother, Like Hell." Her performances have garnered 3 Broadway World Awards and 5 Desert Theatre League Awards. Bonnie has hosted the DTL Awards Gala on 6 occasions,

Professional writer is another one of Bonnie G.'s many hats.  For the past 4 years, she has written theatre reviews for  the Coachella Valley Independent Newspaper.  She has won awards for short essays, including on the subject of mental health.  Bonnie is currently working on a non-fiction book.

In addition to lending her voice to countless local & regional commercials and narrations (winning an ADDY Awards for a Richard's Country Kitchen" spot,) Bonnie is a proud coach for Such a Voice, one of the premiere voiceover training companies in the country.

Bonnie began her radio career in Wash., D.C. more than 20 years ago as a traffic reporter for Metro Networks. Upon arriving in Palm Springs she was hired as a news anchor/reporter and weekend show host at KNWZ Radio.Her 13 years there led to her current gig hosting "The Culture Corner" on iHub Radio.

"Bonnie's show was flawless...something for everyone.  Our audience loved her!"

"As an entertainment journalist, I've conducted many interviews myself, & in my opinion, there is no better celebrity interviewer than Bonnie Gilgallon."

"Besides looking stunning on stage, Bonnie really captured the essence of Rosemary Clooney - I thought I was listening to Rosie herself!"

Bonnie Sings: The Man that GotAway

From her cabaret show 'Torch'

Do you have questions about what I can do for your event? Are you interested in collaborating on a project? Send me a message, and I will get back to you soon.